My Plans for My Custom Barbie: Holo the Wise Wolf!

I had not long completed the first steps of customizing a Barbie doll, namely removing everything but the basic blank body, when my mother had a stroke. She eventually, painfully died next to me. I'm just now starting to come alive again. Which means that I haven't done anything else and the poor doll is bald and faceless!

But I have figured out what I want to do with her. I think her face shape makes her perfect to become one of my favourite anime characters, Holo the Wise Wolf from the anime Spice & Wolf (if you haven't seen it, you must!). The anime has a lot of significance for me as it is the first one I saw that I could really get into, one that I watched as I cared for my baby girl, and one that my husband has enjoyed watching with me. We found that we could kind of identify with the main characters and their romance. I am so looking forward to my little girl being old enough to watch it too! 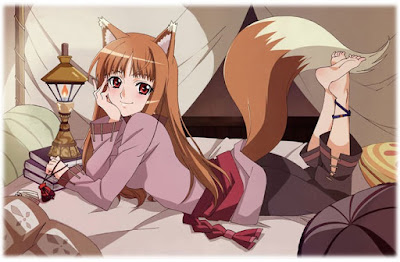 Holo is such a fun character. She is a goddess who can transform into a gigantic wolf, but walks around in a mostly human form, hiding her ears and tail. She may seem like a spoiled princess, but she's tough and clever, and of course, wise. She does not always choose to wear clothes but of course I will be dressing my doll, probably in the peasant outfit seen here. I also want to make her hooded cloak. 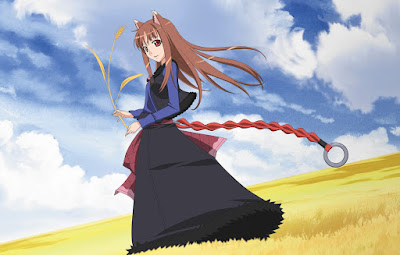 I want to make her ears and tail from ApoxySculpt. I haven't decided yet whether I'm going to drill a hole for her tail or wrap wire around her waist. I will also need to make or buy some tiny apples because Holo is an apple addict. It would be so cute to have a bag of them at her feet and one in her hand with a bite missing! 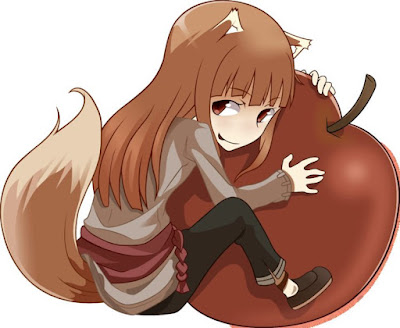 I had originally planned on yarn weft hair, but that was before I decided to make the doll into Holo. Now I'm leaning towards rooted hair, but that might not work because I've already put the head back on the body.
Any ideas or suggestions?

Even with the simpler anime eyes I'm still really nervous about the face! I should probably practice on paper before trying the real thing.
Posted by Aurelas at 6:44 PM No comments:

As I said in my last post, a lot happened to me in less than a year. During the time that I was caring for my mother due to her stroke, I decided to stop using Instagram. "What was the point?" I thought. "No one sees my posts. No one cares what I do. This is a total vanity project," I decided. So I removed Instagram from my phone (and freed up some space).

Today I happened to go to Instagram as part of an online giveaway. Idly scrolling through my old account, I was very surprised. A lot of the posts were rubbish, the way I remembered, but there were actually good ones too. I was visibly reminded that I actually have made cool stuff that turned out well. In the funk I've been in, it really came as a mild shock. But a good one. Those photos prove I have accomplished things even if I have little memory of them (taking Klonopin for 12 years will really take a toll on your memory and your ability to remember). In fact, things I had forgotten slowly became memories, albeit vague ones, when I looked at the pictures I had taken of them.

So, I am starting up Instagram again. Every time I do something I am proud of, I will be posting a photo. That way I won't have to dig through a million family photos in order to be reminded of my little victories. My memory will get a little help; more importantly I will be able to tell the darkness that it is a liar. It doesn't matter whether anyone in the world notices because I will notice.

I will not stay in this dark pit. I'm all out of bootstraps to pull myself up with but I've read about a spider's thread that descended into hell. I'm grabbing it with all of my strength. And if Instagram helps, I'll use it.

I'm having so much fun creating postcards for swaps. This one is for a #collage #postcard swap on #swapbot and it is all from an old #Lowes salespaper. The cardboard is from a Little Debby box, so everything is #recycled or #upcycled or whatever. The words are just kind of random but they sound deep! Haha. #robot #snailmail #aurelas #papercraft

Posted by Aurelas at 6:12 PM No comments:

Sims 3 Addiction: Do I Even Want to be Cured?

Sorry it's been so long since I made a proper post. To be honest, depression has been getting the better of me. Every day it's a struggle just to get out of bed, let alone do anything useful. I lost my mother in July to cancer following a stroke that left her paralyzed and kept her from being able to be treated. It has been a very hard year. But I want to work to make myself better (don't worry, I have a psychiatrist and psychologist who are helping me). So here's a new blog post. It's a start!

So for the past 3 or 4 years I have been completely hooked on The Sims 3. I started playing after seeing other players' Black Butler Sims in action, behaving appropriately for their character. I've gone from total noob who couldn't figure out why people kept coming and sucking objects up with vacuum cleaners (I couldn't find the mailbox at my Sim's apartment so I couldn't pay the bills) to making my own lifelike Sims of anime characters, book characters (the whole Babysitters Club, for instance), and even a celebrity or two. I've even Simmified myself! 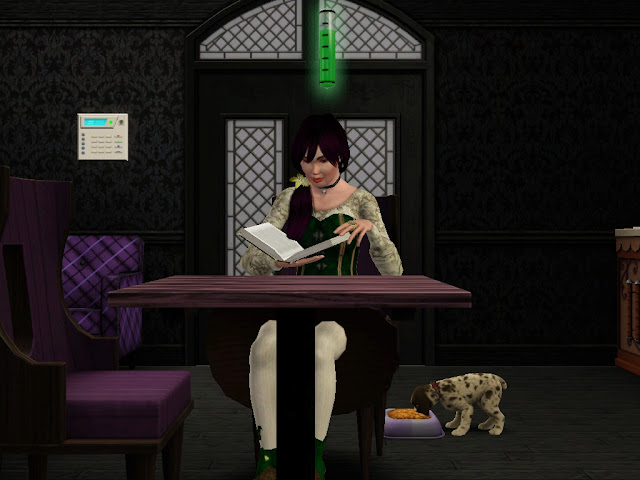 I had a really realistic dream one night about a big African American family who had adopted two Chinese American children and I was so captivated by this family that I made all of them into Sims, even the ones who wouldn't fit into the game due to the 10 person limit. I just love creating Sims and their homes, using lots of custom content and a few mods. 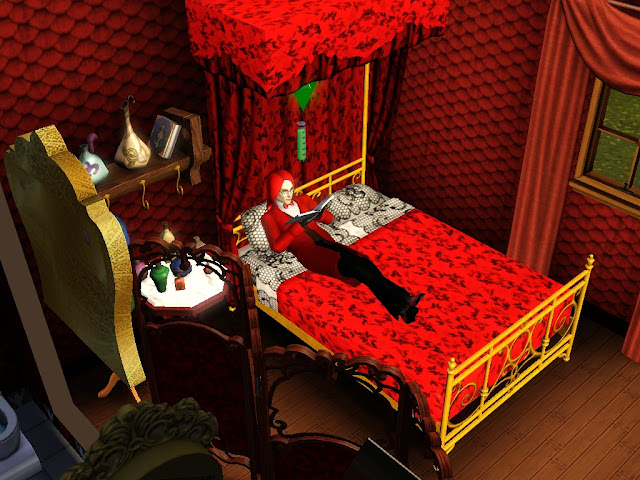 And I just love the crazy things that Sims do! 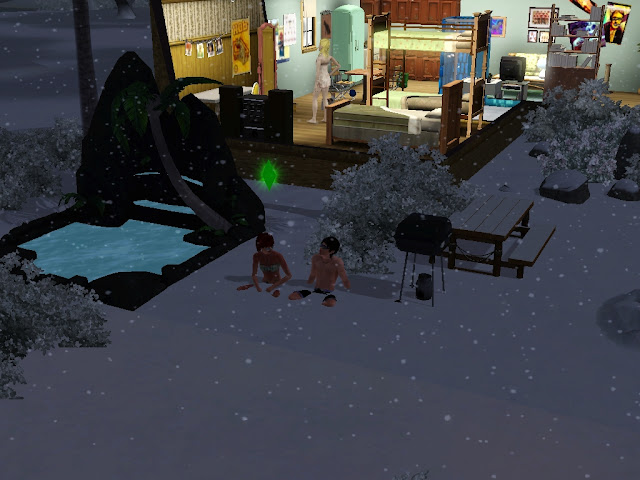 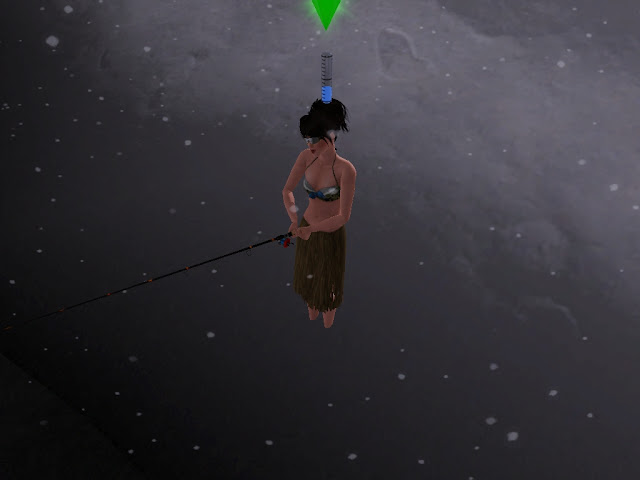 That custom content has gotten me into trouble in the past though, as you can see below! My earlier games all had to be deleted and everything cleared out due to bad CC. Thank goodness for Delphy's Custard program. I use it every time I download custom content to make sure there's nothing that will destroy my game. 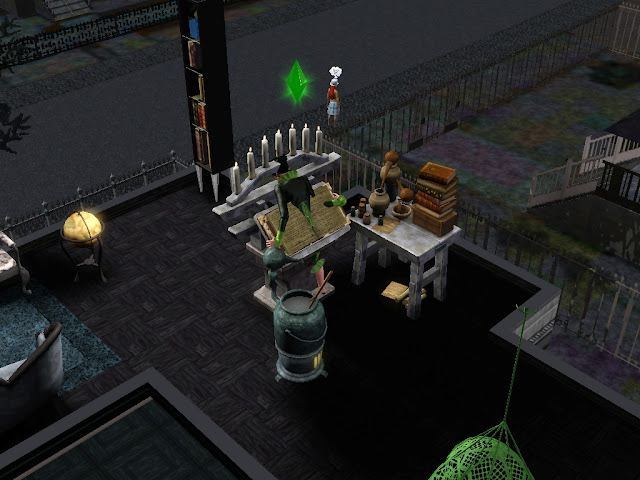 Suzuka really got into books.

I've decided that I want to use my blog to share some of my Sims 3 creations, screenshots, and videos. I also have started a youtube channel for that same purpose. Look for lots of Black Butler and Gintama Sims videos, screenshots, and more! I'm thinking of trying to do Black Clover soon :) So come back soon for more!

Posted by Aurelas at 5:31 PM No comments:

Posted by Aurelas at 4:25 PM No comments:

Aurelas
I am an avid reader, crafter, cat lover, psychologically disabled stay at home mom, and wife. Someday I'd like to write and travel. I am known for being strange and nerdy with a unique sense of style. If I could make one wish, it would be to move to England, bringing everyone I love with me.